Zooniverse team members based at Chicago’s Adler Planetarium celebrated Earth Day this weekend at Earthfest, a two-day-long celebration of the planet we call home.

In addition to many activities for all ages throughout the museum, museum visitors were able to speak with Zooniverse team members to learn about the many earth-related projects available online and on the app. Visitors could also participate in a real-life version of Floating Forests, in which they used tracing paper to illustrate areas of kelp forests on a satellite image. The activity demonstrated how Zooniverse researchers use aggregation to combine many classifications into one very accurate result. Stay tuned for the results of those tracings, coming soon!

Check out a few more photos from the event here.

Zooniverse team members also had some help from our friends at the Field Museum, who stopped by to talk about Microplants, a Zooniverse project studying some of the earliest land plants in the liverwort genus Frullania.

We love speaking with museum visitors and sharing the excitement of participating in real citizen science projects. If you’re in the Chicago area and missed us last weekend, keep an eye out for more information about the Adler Planetarium’s spring Members’ Night, when we’ll have even more fun Zooniverse-related activities for you!

In this week’s edition of Who’s who in the Zoo Meg Schwamb tells us more about the Planet Four: Terrains project. 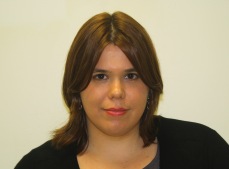 I study how planets and their building blocks form and evolve, applying ground-based surveys to probe our Solar System’s small body reservoirs and citizen science to mine large datasets for Solar System science.

Candy Hansen (PSI) is the PI of the project, K-Michael Aye (LASP) & Anya Portyankina (LASP) are also members of the science team.

The images reviewed on Planet Four: Terrains come from the Context Camera (CTX) aboard Mars Reconnaissance Orbiter (MRO). The Context Camera takes black and white wide view images (~30 km x ~60 km with ~6 m/pixel resolution) of the Martian surface that we cut into smaller chunks reviewed on the site.

We ask volunteers to review the CTX subimages of the South Polar region of Mars and identify whether they see specific features: (1) araneiforms (including features with a central pit and radiating channels known as ‘spiders’) carved by carbon dioxide jets; (2) erosional depressions, troughs, mesas, ridges, and quasi-circular pits characteristic of the South Polar Residual Cap (SPRC) which we collectively refer to as ‘Swiss cheese terrain’, and (3) craters.

Figuring out the format and contents of the classification exports.

Our first paper was accepted last year to a journal. Planet Four: Terrains has identified new regions of carbon dioxide jet activity including areas with jet carved channels (spiders/araneiforms) on geologic units previously thought to be resistant to the process (locations the spiders/araneiforms weren’t expected to be). More details here (http://blog.planetfour.org/2017/08/29/planet-four-terrains-first-science-paper-accepted-for-publication/).

Expanding to a larger search area and exploring areas further from the South Pole of Mars to see how far North spiders may exist.

I’m currently involved in several Zooniverse projects, so I think they are all my favorites: Planet Four, Planet Four: Ridges, and Comet Hunters.

Be cognizant that combining the multiple volunteer classifications together is likely very different from what you’ve done in the past for data analysis. Also, treat your project volunteers’ as your collaborators.

For more information, check out the Planet Four Blog Post.